Steca Elektronik GmbH
Steca has long stood for ideas and innovations as an electronic manufacturing services (EMS) provider and manufacturer of Steca brand product lines in solar electronics and battery charging systems. Our capability and personal responsibility allow us all to create high-quality individual electronic products and to distribute them on a global scale. Simple business processes, fair partnerships and transparent communication are perceptible and contribute to our joint success.

Electronic Products from Steca
The success of a project is determined by well thought out and coordinated processes, combined with the expertise, flexibility and experience of a modern service company. Steca has mastered these different steps and processes and guarantees completion to deadlines, consistent high quality and an excellent price-performance ratio.

Solar Electronics
As a leading supplier of products for the solar electronics industry, we set the international standard for the regulation and control of solar energy systems. In the three market segments PV grid connected, PV off grid and Solar thermal, the Steca brand is synonymous with innovation and vision. In conception, development, production and marketing, the company is committed to the highest quality standards.

Battery Charging Systems
Steca battery charging technology stands out from the start thanks to its high quality and durability. For decades we have been developing efficient and user-friendly charging technology in cooperation with leading battery manufacturers and institutes in order to ensure that you can use your batteries safely.

Contact
We would be glad to hear about your ideas and questions related to our company, our products and services - send us a message, we will get back to you right away.
Company
Steca Elektronik GmbH 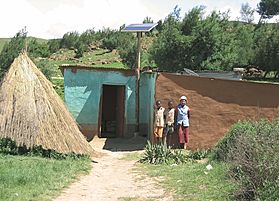 A solar home system consists of a Steca solar charge controller, one or more solar modules, a battery and the connected loads.

The solar charge controller is connected directly to the battery using a cable as short as possible, and fixed to the wall near to the battery, so that it can be effectively cooled by the passing air flow.

Special use of solar home systems for street lights, bus stops and other automatic night lights.more
more
You are here:
You are here: