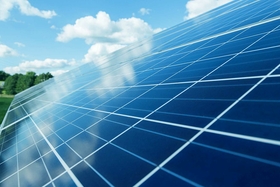 The coolcept product family can be divided into single-phase coolcept inverters and three-phase coolcept³ inverters. Both types of inverter are based on the tried-and-tested coolcept topology and therefore are extraordinarily cool, efficient and durable. They achieve highest peak efficiencies and are, in addition, extremely lightweight and quiet.

Three-phase inverters
coolcept³ and coolcept³-x inverters are specially designed for three-phase power grids. With three-phase inverters, energy is fed into the grid on at least two phases at all times. This significantly reduces the need for temporary storage of energy in the device, which has a positive effect on the service life. The coolcept³ topology is based on previous coolcept inverters and works just as efficiently. coolcept³ indoor devices are also preconfigured for connection of an energy storage system.

Independence from the pricing arrangements of the large energy producers. Independent of the energy policies of countries that export conventional energy sources.

Solar power is generated right where it is needed. This means: no energy losses and no costs for transmission and distribution.

In addition to standard single-family houses, garages, carports and the roofs of apartment buildings are also suitable for electricity generation. The electricity is distributed locally throughout the settlement via the low voltage grid. Here, there is a need for solutions adapted to the individual situation. Optimal yield with easy care and handling are criteria which count for the operators.

Own consumption is also a topic that is very much in vogue. For operators of PV systems, use of PV current generated by their own system is in some cases less expensive than procurement from the power grid.

All single-phase and three-phase coolcept inverters are extraordinarily cool, efficient and durable. In addition, all devices are extremely lightweight and quiet. Nevertheless there are differences for planners and users.more
more

coolcept is Steca‘s new inverter topology that provides­ the highest peak efficiency. The patented coolcept topology is a global innovation that is only available from KATEK Memmingen.more
more
You are here:
You are here:
x
comparison of products
to empty comparison of products
Download folder
massdownload_createanddownloadzipClear download binder
created by brain at work GmbH